BCS ROLE MAKING ICT FOR EQUALITY AND WELFARE OF THE MASSES 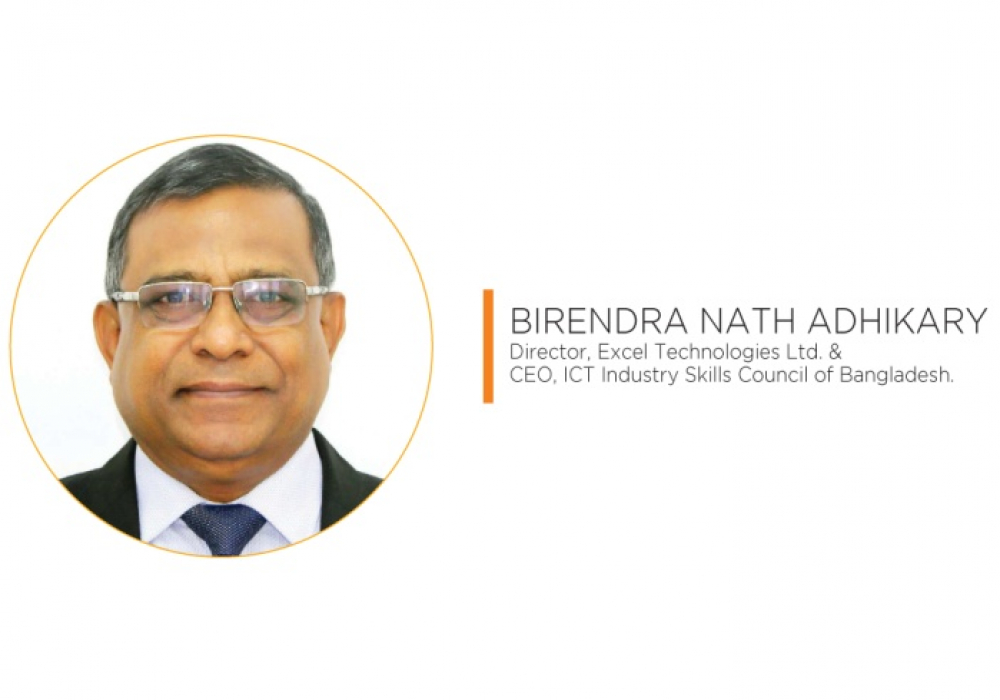 BCS ROLE MAKING ICT FOR EQUALITY AND WELFARE OF THE MASSES

Bangladesh Computer Samity, popularly known in its abbreviated name as BCS, is the largest and oldest trade organization in Bangladesh in the field of information & communication technology (ICT). In 2021, this organization is going to step into 35 years. This year is especially significant for Bangladesh in many ways- firstly, the celebration of the birth centenary of the Father of the Nation Bangabandhu Sheikh Mujibur Rahman will end on 17 March 2021, secondly, we will celebrate the golden jubilee of our independence as a Bengali Nation and thirdly, this year Bangladesh will host the ‘World Congress on Information Technology 2021’, short for ‘WCIT2021’, the world's largest event in the field of information & communication technology and known as the Olympics in this field.

Bangladesh Computer Samity has a close connection with various ICT-oriented events in the country. The topics of this connection can be started with the logo of the association. This logo was drawn by the late eminent artist Hashem Khan about thirty years ago. He combined the two colors of the national flag of Bangladesh- red & green and the national flower water lily & briefly drew the logo with the abbreviated English name of the association ‘BCS’. He did this by combining the colors, symbols & the short name of the association in such a way that Bangladesh Computer Samity represents Bangladesh and the ICT sector of the country. It is very pertinent to mention that we have achieved an independent-sovereign country ‘Bangladesh’, a map and a flag through the longest 23 years of movement and struggle under the charismatic leadership of the greatest Bengali of all time, the great architect of independence and Father of the Nation Bangabandhu Sheikh Mujibur Rahman.

The Father of the Nation, through his magical leadership, inspired the people of the delta region in the spirit of Bengali Nationalism in such a way that they turned from unarmed to armed fighters overnight and fought to the death to defeat the powerful Pakistani aggressors equipped with modern weapons. He also led the way in building a war-torn and newly independent country on the basis of this nationalism. He took a number of far-sighted steps in the fields of administration, finance, science, technology, industry, trade, commerce, health, education, agriculture, food, communication, physical infrastructure and foreign & diplomatic relations. He initiated & got Bangladesh’s membership in the International Telecommunication Union in 1973 and established the first satellite earth station in the country in 1975.

Following these fundamental developments in the telecommunications sector, the information and communication technology sector has undergone a wonderful growth in the modern time. Prime Minister Sheikh Hasina, the worthy daughter of the Father of the Nation, is leading and Sajeeb Wazed Joy, the third generation of the Father of the Nation, a technologist and Prime Minister's Adviser on Information and Communication Technology, is working as the chief architect. The techno-savvy three generations have taken Bangladesh on the information technology superhighway today and it has been possible to encircle the entire country in a high speed fiber optic network and launch its own successful & effective satellite named 'Bangabandhu-1' in 2019. And, in the election manifesto declared on 12 December 2008, the echo-chanting 'Digital Bangladesh' program was adopted and through its rapid implementation, Bangladesh has become & known as the infinite wonder of the world today. Worth defining ‘Digital Bangladesh’ as a happy, prosperous, educated population free from discrimination, corruption, poverty and hunger free country, that is truly a people's state and whose driving force is the digital technology. It encompasses the hopes, dreams and aspirations of the people of Bangladesh. It is the best means of meeting the minimum basic needs of the people. It is a vision for realizing the dreams of independence in 1971.

It is a commitment for transforming Bangladesh from a least developed or poor country to a prosperous and rich nation by enhancing per capita and the national income. In the meanwhile, the most of the agenda of ‘Digital Bangladesh’ have been implemented, and the result of which is in reality, being Bangladesh has been transformed from least developed country to middle income generating group and the vision of a developed nation has been set in 2041. Under the pragmatic & brave leadership of Prime Minister Sheikh Hasina, the country has been marching towards achieving the goal even during the pandemic period with a positive GDP growth placing Bangladesh on the top in the South Asia. On the other hand, one after another manufacturing factories are being set up in 42 high-tech parks across the country by providing incentive packages to local and foreign investors. Since 2015, Bangladesh has been on-try self-sufficiency in the production of goods with the theme of 'Made in Bangladesh' and is rushing towards the consequences of an exporting country within short period of time with inspiration of Prime Minister Sheikh Hasina. Bangladesh Computer Samity has been providing all out support and working hand-in-hand with these various activities of the government for the development and expansion of the information & communication technology sector. The association has continued to participate and contribute to these wonderful developments in the information and communication technology sector in Bangladesh – such as,

• Organizing the first information and communication technology exhibition in the country called 'BCS Computer Show' in 1993;

• Enrolled as Associate Member in Asian Oceanian Computing Industry Association (ASOCIO) in 1996 and became its full Member in 2001;

• Formation of ‘JRC Committee’ under the name of & headed by National Professor Jamilur Reza Choudhury in 1997 to recommend policy for the development of IT sector;

• Registered as Member in World Information Technology and Services Association (WITSA) in 1998;

• Awareness programs on IT have been organized all over the country since 2005;

• Participated in the ‘Ekushey Book Fair’ in 2008 on the occasion of ‘International Mother Language Day’ with the theme 'Digital Bangladesh : The Dream of Ekushey';

• Organizing 'BCS ICT World' in 2008 with the theme 'Towards Digital Bangladesh';

• Awarding the International 'Associate Leadership Award' to Hon'ble Prime Minister Sheikh Hasina on March 30, 2010 for announcing the 'Digital Bangladesh' program with utmost emphasis on the development of information and communication technology sector;

• For the production of computer products in the country, the exhibition has been organized since 2015 with the aim of implementing the slogan 'Made in Bangladesh'.

It is evident from activities specified hereinabove that Bangladesh Computer Samity has been making relentless efforts to increase use of and spread information technology to the people of all walks of life in the country. As a result, digital divide has been reduced, free flow of information has taken place, people across the country are getting access to information technology highway, youths are earning & children are learning from home and social inequality is gradually decreasing. Therefore, it is obvious that Bangladesh Computer Samity has been in the process of implementing the ideals, goals and objectives for which the independent-sovereign Bangladesh was established, while the activities exactly go with the definition of ‘Digital Bangladesh’ which can be defined as a happy, prosperous, educated population free from discrimination, corruption, poverty and hunger, that is truly a people's state and whose driving force is the digital technology. It encompasses the hopes, dreams and aspirations of the people of Bangladesh. It is the best means of meeting the minimum basic needs of the people. It is a vision for realizing the dreams of independence in 1971.

It is a commitment for transforming Bangladesh from a least developed or poor country to a prosperous and rich nation by enhancing per capita and national income. It is the first step towards building a knowledge-based society. It is the Golden Bengal of the Twenty-first Century as dreamt by the Father of the Nation Bangabandhu Sheikh Mujibur Rahman. Undoubtedly, this impetus of Bangladesh Computer Samity will continue and its successes in thirty-five years will follow its golden jubilee & centenary celebrations.